Roomies by Christina Lauren
1. Manhattan. I love to read books set in NYC, and Roomies paints such a vivid picture of what it’s like to live and love in the city. Additionally, there’s special attention paid to working in arts and entertainment; protagonist Holland and her uncle are in the theater industry, and Calvin’s a struggling classically trained guitarist, all of which influence the plot, and bring the story to life.
2. The Fake Relationship. I’m such a sucker for this trope! Due to a series of unfortunate (or fortunate?) events, Holland finds herself married to Calvin, the Irish musician she’s been lusting after from afar. Of course, it’s not long before real sparks begin to fly, but the stakes are high, and complications are aplenty.
3. Chemistry, chemistry, chemistry. Holland and Calvin are both just so likable — it’s easy to understand why they fall hard and fast. But their romance has depth, too, which had me rooting for them even from the story’s earliest pages. 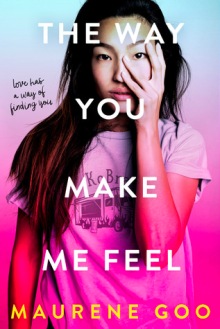 The Way You Make Me Feel by Maurene Goo (May, 2018)
1. The Unlikeable Female Protagonist. Or, my favorite sort of protagonist. The thing with MC Clara, though, is that while she’s brash and self-centered, she’s also funny and extremely vulnerable. I love her! (And look at her on that gorgeous cover — so perfect.)
2. A+ friendships. Clara and Rose are opposites and, thanks to preconceived notions, begin the story hating each other. Their flaws and their character arcs make the friendship that slowly develops between them feel so authentic. And Hamlet, Clara’s sign flipping love interest, is pretty great, too.
3. A summer story. This one’s set in Los Angeles and is full of sunshine, Southern California references, and delectable descriptions of the Korean/Brazilian cuisine Clara and Rose serve at Clara’s dad’s food truck, the KoBra. I look forward to rereading this adorable contemp poolside in a few months!

It’s Not Like It’s a Secret by Misa Sugiura
1. All the humor. Guys, Misa Sugiura does comedy right. Her protagonist, Sana, is full of wit, and she makes these observations about her family and friends and the world at large that are infinitely amusing, yet contemplative and never mean-spirited. This story made me LOL more than once.
2. Japanese culture. I haven’t read many books with characters who have (or whose parents have) roots in Japan; it was so interesting to see the differences in family, expectations, and perspectives. It was fascinating, too, to watch Sana struggle with, but eventually come to embrace, her place in the world.
3. Diversity. It’s Not Like It’s a Secret is a new favorite as far as its portrayal of the the complexities of friendship in high school. After moving to California, Sana finds herself the new kid, and she’s slotted into several different groups (the “Asian kids”, the cross-country runners, her crush, Jamie’s, Latinx friends, Caleb’s emo friends) and must navigate discrimination and stereotypes within those groups, as well as when the groups intersect. I think Misa Sugiura handles the topics of prejudice and racism with thoughtfulness and grace.

Love & Gelato by Jenna Evans Welch
1. Italian setting — need I say more? I loved this book’s atmosphere; the descriptions of architecture, food, and art made me want to hop a plane to Florence for a big scoop of gelato.
2. Feel-good. I usually like my contemps with a little more edge, but Love & Gelato was the perfect mix of sweet and substance, with a bygone mystery that was a delight to unravel. This book left me just… happy.
3. A protagonist to root for. Lina’s experienced a recent tragedy in the loss of her mother, but she doesn’t spend the story drowning in grief. She’s a courageous go-getter with a sense of adventure, and I loved watching her make new friends, forge a relationship with Howard (who’s awesome in his own right), and explore Tuscany.

What’s the best book you read in February?