Four books in April. Aiming for five in May. 🙂 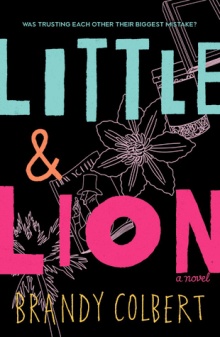 Little & Lion by Brandy Colbert
1. Diversity. As far as representation goes, I hope Little & Lion becomes the rule. Its characters are authentic and intersectional and exceptional, written with nuance and sensitivity. This book is a must-read for contemporary YA fans.
2. Suzette! She has moments of relatable doubt about who she is and who she wants to be, but mostly she’s strong and steadfast and awesome.
3. Focus on family. Suzette and Lionel have the best parents. They’re supportive and loving and appreciative of their kids’ unique qualities, but somehow, they never feel too perfect to be believable. Also, I adored Suzette and Lionel’s relationship. They’re not biologically related (they’re not even legally step-siblings) but there’s so much love and loyalty between them. I was constantly moved by the scenes they shared.

Saints and Misfits by S.K. Ali
1. A+ protagonist. Janna, at fifteen, is a little younger than most of the YA protagonists I read, but she’s complex: smart and considerate and philanthropic. It was delightful to watch her grow and change over the course of her story.
2. Everyday portrayal. I read a few reviews of this debut that used the term “slice of life” and that’s exactly what I think it is — a first person glimpse into the joys and challenges and frustrations of being a teenage Muslim American photographer. The stakes aren’t sky-high, but the story is super engaging.
3. Friendships. Janna has unique and interesting relationships with all the various people in her life, but my favorite was her friendship with kind Mr. Ram. 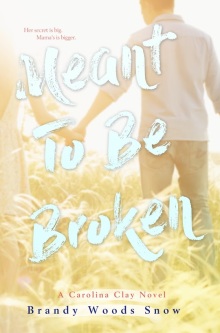 Meant To Be Broken by Brandy Woods Snow (July, 2018 – Cover to come!)
1. Sloooooow burn. There’s a love triangle in this romantic debut, and it’s really well done. Rayne’s dating golden boy Preston, who’s a genuinely good guy, but there’s so much heat between her and Preston’s brother, Gage. You’ll have to read to see how it all plays out, but I will say: #TeamGage.
2. Mystery. There’s a small town scandal brewing beneath all the romance, and I love the way characters who feel initially peripheral later come into play in major ways. I was totally surprised by this story’s twists and revelations.
3. Unputdownable. I stayed up way too late flipping pages, and was completely invested in Rayne, Gage, and Preston. Meant To Be Broken is full of authentic southern voice and tells a complete story in an intensely emotional way. Definitely a Katy Book!

The Belles by Dhonielle Clayton
1. Prose as beautiful as its cover. Dhonielle Clayton knows how to spin a lovely sentence, and she writes descriptions so sharp and rich and colorful, you can’t help but plant yourself in the fantastical world of Orléans.
2. Holy world building! It’s been a long time since I’ve read a novel with such a thoughtfully and intentionally created universe — one that doesn’t just complement the story’s plot, but is instrumental to it. (Teacup animals?!)
3. Complex themes. I went into The Belles expecting beauty and pageantry and intrigue, and I got all of that, but beneath the splendor, Dhonielle Clayton works to unpack the dangerousness of a society’s fixation on beauty, as well as the hazards toxic femininity. This one’s a frothy page-turner, but it’ll also make you think.

What’s the best book you read in April?