The Class of 2012: YA Superlative Blogfest (hosted by Jessica Love, Tracey Neithercott, Alison Miller, and me) runs Monday, December 17th through Thursday, December 20th. All of the awesome people who are participating in the blogfest (YOU, I hope!) will highlight favorite books published 2012 using a variety of super fun superlative categories. The Class of 2012: YA Superlative Blogfest is about promoting extraordinary young adult books, so if you haven’t already, draft a post, hop down to the end of this post, and sign up to participate. We can’t wait to see your favorite reads of 2012!

The 2012 YA novels I’ve read over the last year, listed in no particular order:

The Statistical Probability of Love at First Sight, A Million Suns, The Fault in Our Stars, The Disenchantments, Something Strange and Deadly, Pandemonium, Wanderlove, Under the Never Sky, Ten, This is Not a Test, Happy Families, Insurgent, Amelia Anne is Dead and Gone, Monstrous Beauty, Bitterblue, Time Between Us, My Life Next Door, Breathe, Pushing the Limits, Skylark, The Raven Boys, Live Through This, Bittersweet, Flawed, Ditched, Starters, Reached, Lovely, Dark and Deep, Meant to Be, and Days of Blood and Starlight…

And here’s how I chose to award today’s categories:

Augustus from The Fault in Our Stars, because if anyone can make can cancer funny, it’s Gus. (image source)

Most Likely to Become a Rock Star

While Bev from The Disenchantments may not have tons of musical talent, she’s definitely got that irreverent, arrogant aura of a rock star down.

Most Likely to Start a Riot

Tobias and Tris from Insurgent. They’re total badasses, and they both possess the leadership qualities necessary for mobilizing the masses. (image source)

Oliver from The Statistical Probability of Love at First Sight. He’s such an effective flirt, he got Hadley to fall for him over the course of one night. Plus, his flirting is genuine and sweet.

Bitterblue. Not because she cares about fashion, but because of the beautiful way her gowns and hair and shoes are described in Bitterblue. (image source)

Girl You’d Most Want For Your BFF

Anna from Time Between Us because she’s a loyal, relateable girl with goals and dreams. Plus, she’s a runner like me.

Boy You Most Wish You’d Dated in High School

Jase from My Life Next Door because he’s sweet and attentive and driven, and he has a totally awesome family.

Elder from A Million Suns. He’s not a perfect leader, but he’s a passionate leader, and he’s an honorable leader. I can’t wait to see how his arch concludes in Shades of Earth. (image source)

Meant to Be‘s Julia has a pencil sharpener in her purse and head full of Beatles trivia, and she travels with dozens of guide books. She’s awkward and sometimes uncertain, but she’s also totally endearing. Loved her!

Villain You Love to Hate 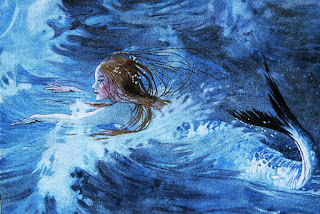 Syrenka from Monstrous Beauty. She can be evil and single-minded and shockingly violent, but she has her reasons. Mermaids need love too, right? (image source)

I’m going to cheat a little and go with Blue Sargent’s mother and all of the clairvoyant ladies who live in her house. They’re such an eclectic, strong group of women, and each is so unique. Their scenes were a joy to read.

Xander from Reached. He’s got all those medical, scientific smarts, and he’s sort of brooding and mysterious. A perfect combination. (image source unknown)

38 thoughts on “The Class of 2012: YA Superlative Blogfest – Popularity Contest”