I didn’t get to read as much as I wanted to this November, mostly because I participated in National Novel Writing Month, which sucked up tons of my time. Plus, it’s tough for me to get in to a story when I’m trying to draft my own. Luckily, I managed to get my hands on three totally captivating books…
{As always, covers link to Goodreads pages.}

Walk on Earth a Stranger by Rae Carson – Perfect for fans of the game The Oregon Trail, as well as those who’ve read and loved Stacey Lee’s Under a Painted Sky, Walk on Earth a Stranger follows Lee Westfall, who’s set on making it to California during the Gold Rush. She carries two secrets — first, the simple fact that she’s a girl (she’s disguised herself as a boy to make her trek across the continent safer), and second, the not-so-simple fact that she can sense gold when it’s nearby. Though Lee’s dealt a hell of a hand in the novel’s opening pages, she’s an awesome protagonist. She’s smart, brave, and driven, and there’s a sweetness about her, too, especially when she shares the page with children or her longtime friend, Jefferson. While there are threads of magic running through Walk on Earth a Stranger, it reads like historical fiction; there’s great emphasis on time and place, as well as many of the challenges travelers faced on the California Trail: disease, starvation, dehydration, theft, racism, sexism, childbirth, and power struggles. I couldn’t put this book down, and I can’t wait to pick up its follow-up, Like a River Glorious, which is out now. 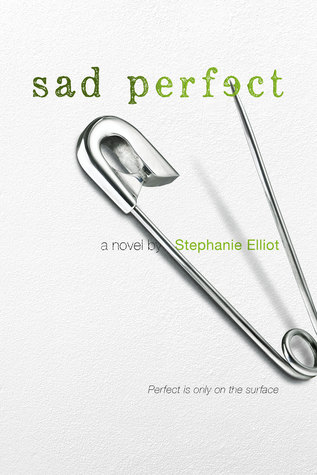 Sad Perfect by Stephanie Elliot (February, 2017) – Sad Perfect is the story of Pea, a girl with ARFID, a little known eating disorder that not only makes her averse to the taste/texture/idea of most foods, but gives her great anxiety about eating new things for the first time. Stephanie Elliot does a fantastic job of describing the “monster” that lives within Pea. She made me feel Pea’s fear, and worry, and anger, and sadness in an uncomfortably visceral manner, which made me root for our protagonist all the more (though, I suspect this book could be triggering for ED sufferers and those recovering from EDs). For me, the brightest part of Sad Perfect was Ben, the boy who sweeps Pea off her feet in the most adorable and romantic ways. He’s the best sort of boyfriend: sweet and supportive and understanding, yet he challenges Pea, and always has her best interests in mind. I love how he helped her see that while seeking and accepting help would certainly be hard, it could also be worth it. Contemporary YA fans, mark Sad Perfect To Read, and keep an eye out for it in February. 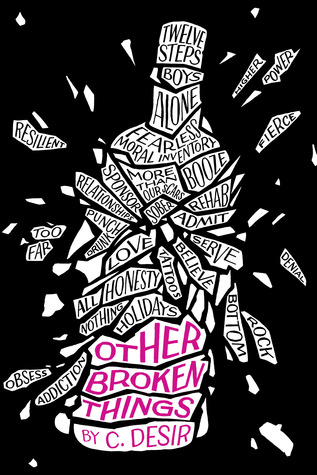 Other Broken Things by C. Desir – I’ve loved Christa Desir’s writing since I read her debut, Fault Line, a few years ago. Her prose is some of the most unflinching in YA. Her third novel, Other Broken Things, is no exception. It’s an exploration of alcoholism and recovery, narrated by Natalie, a seventeen-year-old girl who’s fresh out of rehab after a DUI. She’s required to attend AA meetings, where she meets her eventual sponsor Kathy, who is both flawed and incredibly supportive, as well as Joe, a recovering alcoholic who Natalie’s immediately drawn to — regardless of the fact that he’s more than twice her age. This story is so complex; I found myself desperate to shake some sense into Natalie while simultaneously wanting to give her the world’s biggest hug. She’s dealing with a lot of heavy stuff: her addiction, a complicated relationship with her ex, distant parents, dissolving friendships, and the loss of her passion, boxing. Plus, there’s Joe, who Natalie leans on, then falls for, despite all the reasons she probably shouldn’t. I love the way this story wraps up — certainly not with a perfect bow, but in a way that feels authentic and true to Natalie’s journey. Check out Other Broken Things if you like stories about ballsy girls facing enormous challenges.

What’s the best book you read in November?

One thought on “November Reading Wrap-Up”