If I Was Your Girl by Meredith Russo – What a relevant, necessary, wonderful book. If I Was Your Girl is thought-provoking, and helps to give a candid and relatable face to the trans community. Its prose is spare but emotive, and it’s #OwnVoices — it reads as such. More than anything, though, this nuanced story of Amanda, who’s trying to make a place for herself at a new school, as well as navigate the relatively unfamiliar experience of living life fully as the female she’s always known she is, is absorbing and entertaining. I was rooting for Amanda from page one, and cheering on the friends she made and the new romance she pursued. And when things got tough, well, my heart broke right along with hers. An important and engaging novel.

Girl Out of Water by Laura Silverman (May 2, 2017) – This book is delightful — a charming and romantic beach read, but with depth. California girl Anise’s summer plans are turned upside down when she’s forced to make an extended trip to Nebraska to help care for her young cousins. There, she meets dreamy skateboarder, Lincoln, who challenges her in both silly and significant ways. She also begins to confront the baggage that’s come along with her mother’s abandonment. There’s even a mini road trip in this story, cementing its status as a Katy Book. Laura Silverman’s prose is an unusual but appealing blend of lyrical and gritty, dropping me right into Anise’s world. If you’re a fan of Sarah Dessen and Emery Lord, definitely pick up Girl Out of Water in May.

Just Friends by Tiffany Pitcock (August 1, 2017) – Tiffany and I share a publisher and a release date, which made me all the more excited to get my hands on an ARC of her forthcoming debut. Just Friends is everything I wanted it to be: cute, angsty, and fun. Main characters Chance and Jenny become friends thanks to the ultimate meet-cute, and they share adorable chemistry. This one’s a romance so the conclusion is expected, but the path we get to travel toward Chance and Jenny’s happily ever after has all sorts of unexpected twists and turns, and it’s populated by an excellent supporting cast. I love how Chance and Jenny grow and change over the course of this story, all the while supporting and caring for each other. Snag Just Friends this August if you love to read contemporary YA romance à la Kasie West.

The Hating Game by Sally Thorne – I’ve said this before and I’ll say it again: If I can get behind a couple’s chemistry, I become blind to any and all flaws a book might otherwise have. Such is the case with The Hating Game. Is it a technically perfect novel? Who knows! I was so completely mesmerized by the legitimately hilarious writing, the I-hate-you-wait-actually-I-might-love-you nature of the plot, and the heat between main characters Josh and Lucy. Their back-and-forth is utterly flawless, their characterizations are deep, and Lucy’s narration is so bright and sparkly and fun and funny, I literally could not put this book down. I know there’s all sorts of hype surrounding The Hating Game which, for me, can be a turn off. But in this case? YES. BUY THE BOOK. #NewFavorite 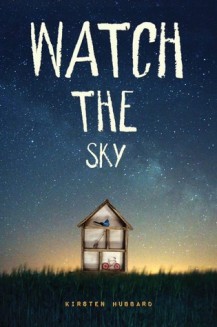 Watch the Sky by Kirsten Hubbard – This book is so lovely and melancholy. It’s a middle grade novel about Jory, a boy who lives a mostly secluded life with his stepfather, mother, sister (who has a fascinating backstory all her own), and baby brother. After a meteor shower, Jory’s stepfather, a war vet who’s always talking about “signs,” insists the family descend into the nearby canyon every night to dig a hole in the dirt. As Jory begins to make new friends at school, he starts to question his stepfather’s edicts, and his family’s way of life. Watch the Sky‘s themes–family and loyalty and secrets and fear–are profound, but the story is narrated in a way that feels both accessible and safe. My nine-year-old read this novel a month ago, then immediately put it into my hands. So, it’s earned both of our stamps of approval. Big recommend for middle grade fans.

The Serpent King by Jeff Zentner – A few things you should know about this debut novel… First, despite what I’d pegged as a fantastical cover, this is a Tennessee-set contemporary about three very different teenagers with a host of diverse struggles. Second, it’s a tale of friendship, and how friendship (and first love) can help a person overcome what might otherwise be a tragic fate. Third, Jeff Zentner’s writing is extraordinary; I listened via audiobook, and the voices of Dill, Lydia, and Travis were so authentic and distinct and vivid, I was blown away. Fourth, I think Jeff Zentner must take a tiny bit of pleasure in shredding hearts, because by the end of this story, mine was in tatters. I see now, why The Serpent King won the Morris Award this year. It is an exemplary novel.

So? What’s the best book you read in February?