I read some amazing YA books in July!
Don’t forget to share your recent favorites in the comments. 😘 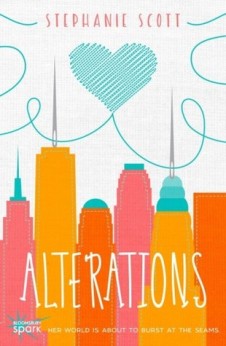 Alterations by Stephanie Scott – My official remarks: “Stephanie Scott’s Alterations is an unputdownable blend of fashion, friendship, and fun, with a romance like the perfect accessory —unexpected and sparkling!” My unofficial comments: This Sabrina-inspired novel is all sorts of cute, but there’s a weightiness to it, too, one I really appreciate. The first half takes place in NYC, while protagonist Amelia takes part in a fashion internship, learning tons about the industry and making new friends. Over the course of the internship, she tells a whopper of a lie (about her upbringing and Ethan, her longtime crush) that snowballs, forcing Amelia to come to terms with her flaws and her reality, and setting up the second part of the story, which was my favorite. It’s during this time that Amelia really comes into her own as far as her talent for fashion and style, and starts to realize that maybe Ethan’s not the right boy for her after all. Alterations is a perfect summer read for fans of contemporary YA. 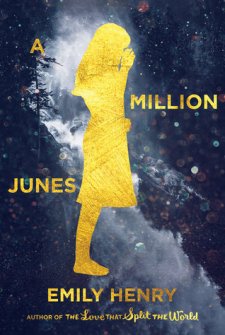 A Million Junes by Emily Henry – Emily Henry’s debut, The Love That Split the World, blew me away, so I went into her sophomore effort, A Million Junes, with high expectations. This beautiful, beautiful book is the first in a very long time to keep me reading well beyond my bedtime. It’s a Romeo and Juliet sort of story about June and Saul and the the dark, curiously linked histories of their families. Emily Henry writes a love story like nobody’s business; even though June and Saul’s romance was a bit instantaneous, it makes sense because they’ve got mad chemistry and witty banter and an inexplicable bond you can just feel. Look how lovely: “When the stars burn out and the oceans freeze over and the whole world is ash and dust and ice, our names will still be carved into this tree of life, side by side, and I’ll still be loving you.” A Million Junes is about more than romance; it’s a story chronicling all sorts of love, as well as grief and survival and curses and mistakes and the way we put our own unique stamp on our world and the people who occupy it. Big recommend for fans of gorgeous prose, heartfelt romance, long buried family strife, and magical realism. 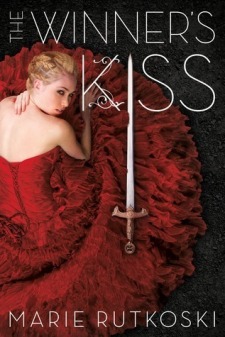 The Winner’s Kiss by Marie Rutkoski – (This was an audio reread, and I’ve copied and pasted most the review I shared last year. It’s full of spoilers, but seeing as how this series concluded more than a year ago, I’m going to let you proceed at your own risk…) My thoughts on The Winner’s Kiss are a rambling mess — I loved everything about this book! I’d change literally nothing. It’s a beautifully written story full of emotion and fraught with tension. I’m so pleased that Arin and Kestrel spend most of Kiss together, learning to cooperate, trust, and love each other in new and deep and meaningful ways. I’m a big fan of how the prison rescue plays out and after, when Arin reminds Kestrel that she bought him and she asks if she still owns him and he says, “Yes.” Guys, my heart. I had legitimate physical reactions to this story — all of it, but particularly that scene on the tundra. Also, the scene where they finally seal the deal. ❤ I love the resolute strength we’ve continued to see in our two protagonists, but more than that, I love how their weaknesses are presented in this final book, and how they come to terms with those weaknesses and learn to lean on each other, to fill the voids in each other’s hearts. I love Kestrel’s complicated relationship with her father, and Arin’s dealings with the General in the final battle scene. Incidentally, I enjoyed all of the battles scenes (I often find myself skimming anything that has to do with actual combat), for they’re fast-paced and intense, full of the scheming and out-maneuvering I’ve come to expect from Kestrel and Arin. More than that, the war plays such an important role in this book’s plot, and Marie Rutkoski gives it the weight it deserves. Additionally, I love how elements from the first and second books come into play in this final novel — Bite and Sting in particular. I love Roshar for his spirit and his comic relief, and I love Sarsine for her kindness and quiet wisdom. And I love how this story concludes a series I’ve been invested in for the last two years — so elegantly, and so satisfyingly: Arin and Kestrel, an equal, loving pair with a true future ahead of them. Even if you’re a reluctant fantasy reader (like me!), I suggest you give the Winner’s books a shot. They’re breathtaking and affecting and intensely entertaining, and I think you’ll be won over. 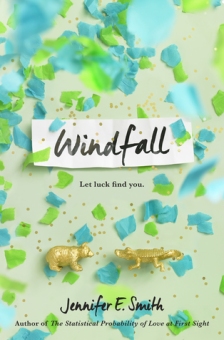 Windfall by Jennifer E. Smith – This book reminded me of that old Nicholas Cage movie, It Could Happen to You, only it’s way better. Windfall is the story of Alice, a girl who buys her best friend (and secret love), Teddy, a lottery ticket for his eighteenth birthday. He wins bazillions of dollars, which is excellent because Teddy is charming, and he and his mom can definitely use the money. Except, the winnings bring many complications, most notably uncertainty regarding Alice’s future, ghosts from Teddy’s past, and tension in the story’s various relationships. While the book revolves around a high concept, I found it to be a quieter, more character-driven story, which is almost always my preference. I loved watching Alice come into her own, and it was super fulfilling to see Teddy mature over the course of the book. Alice’s cousin, Leo, is a wonderful supporting character who offers a lot of wisdom and support. Thematically, Windfall focuses on luck and misfortune and whether any one person deserves either, as well as the assumed responsibility of a person suddenly gifted with an unfathomable amount of money. Read it if you’re a fan of skillfully written contemporary YA. 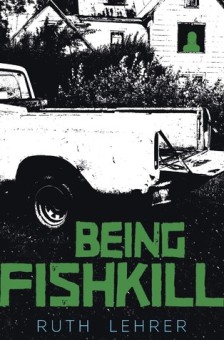 Being Fishkill by Ruth Lehrer (November 14, 2017) – Oh my gosh, this is such an affecting novel; I can’t imagine myself ever forgetting its remarkable characters. I didn’t know what I was getting myself into when I began reading, but as I became immersed in the story of Fishkill, a twelve-year-old girl from a tragically abusive and neglectful family, her friend, Duck-Duck, and Duck-Duck’s mother, Molly, I felt simultaneously heartbroken and hopeful. Being Fishkill is about chosen family and resilience — of children in particular. It will devastate you with its honesty and stun you with its gorgeous prose, and just when you think Fishkill can’t possibly endure another setback (because she endures many, many setbacks), she will reaffirm your faith in humanity with her strength of character, her humor, and her enormous heart. I want to mention, too, that as someone who’s been through foster care training and is currently caring for a child who is not biologically mine, this book reads as incredibly accurate, both in its depiction of the child welfare system, and its portrayal of the emotions that stem from foster parenting. Please do check Being Fishkill out when it releases this fall. 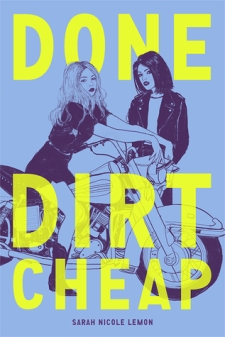 Done Dirt Cheap by Sarah Nicole Lemon – This was such a cool book. Done Dirt Cheap is like nothing else I’ve read in YA; it’s an incredibly strong and searing debut. It’s the story of eighteen-year-olds Tourmaline and Virginia and their unlikely, complicated friendship, as well as the secrets they’re hiding and the enemies they’re trying to keep at bay. It’s a twisty tale featuring two girls who are down on their luck in some pretty extraordinary ways, but who refuse to buckle under adversity. I adored Tourmaline and Virginia, and I was captivated by their impossible choices and fierce loyalties and utter badassedness. Read: “We’re friends because when girls – women – are alone in this world, they’re easier to pick off.” Done Dirt Cheap also features bikes and winding rides, boys and sultry kisses, and a setting so atmospheric, I could smell the tarry asphalt and taste Cash’s delectably described cooking. If you like books about girls who make bad decisions for good reasons, girls with lives messy and dangerous, girls who go after what they want, be it a man or revenge or a degree, you’ll love Done Dirt Cheap.

So? What’s the best book you read in July?

One thought on “July Reading Wrap-Up”