Now that 2012 is upon us, I’ve been thinking a lot about what I want to accomplish in the new year. I toyed with the idea of writing down some resolutions, but somehow that felt flat, like making  a bunch of empty promises. I just haven’t found the motivation to do it.

Still, I’ve been setting some mental goals (most significantly: write at least a thousand new words, Monday-Friday, and keep up with my current exercise routine). Then I read a post by my brilliant friend Erin Bowman referencing writer  Jessica Corra, who blogged about how she picks a Word of the Year instead of making traditional resolutions. She strives to keep that one word in mind throughout the year.  Jessica said: Resolutions are too compartmental, too specific and practical. I prefer a word, an attitude, a way of being.

I love this idea. In fact, I love it so much I want to do it too!

I’d planned to mull over my word for a few days, until I’d settled on the perfect one, one that would express the attitude and mental posture I want to adopt for the entirety of the upcoming year. But, there was one word that popped into my head almost immediately, one I kept coming back to over and over again. What is that word?

Resolve kind of encompasses all the goals I’ve set for the year, big and small, and it will hopefully help me to accomplish them. For me, resolve means, simply, setting my mind to something and making it happen. Choosing to make responsible decisions even when they’re not easy or fun or popular…

Ordering a salad over a cheeseburger at Red Robin. Walking my dogs even if it’s windy and cold. Writing to my daily word goal, regardless of whether I’m tired or grumpy or uninspired. Starting my day early, with yoga, even when my bed feels warm and cozy. Reading my prerequisite one craft book per month even when there’s a hot new release I’d rather pick up. Walking past my daughter’s M&M treat even though they look incredibly tasty. Staying strong, mentally and physically.

And on that note, I’ll be taking a bit of a blog-cation over the next several weeks. I’ve come to the realization that my writing vs. blogging time has become a bit unbalanced, and that’s something I need to remedy. I mean, what’s the point of keeping an “Aspiring Author” blog if I’m not really, um, authoring anything?

I’ve got some lofty aspirations for this New Year, specifically: Finish the rewrite of tentatively entitled Cross My Heart, and complete a first draft of something shiny and pretty and exciting and new. Plus, my husband’s deployment will come to an end in approximately six (SIX!) weeks, and I’ve got lots to do to prepare for his homecoming.

That’s not to say that this blog will be entirely wordless. I still plan on participating in some of YA Highway‘s Road Trip Wednesdays, and I’ll definitely  share some Bookanista recommendations, but things around here will be quieter. Sort of like her…

What are YOUR goals (writing or otherwise) for 2012? And what will your one word be? 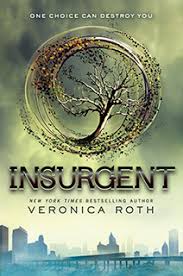