Today is Day Two of the The Class of 2011: YA Superlatives Blogfest, a fun and interactive way to highlight and share your favorite YA novels, covers, characters, and story elements, hosted by Jessica Love, Tracey Neithercott, Alison Miller, and me. The Class of 2011: YA Superlatives Blogfest spans four days, beginning yesterday and culminating this Friday, December 30th.

Hopefully you participated yesterday, but if you didn’t, that’s okay! Just draft today’s post (you can find the topics listed below or on the original post) and then scroll to the bottom of THIS post and add your link to the link list.

I had a blast dropping by the blogs of all yesterday’s participants, and I look forward to dropping  by your blog to read about your Class of 2011 selections!

And speaking of selections, here are mine for Day Two:

Popularity Contest (Characters who fit each topic from ANY 2011 YA book!)

Crossed, The Future of Us, Hushed, Want to Go Private?, The Scorpio Races, The Pledge, Miss Peregrine’s Home for Peculiar Children, Daughter of Smoke and Bone, Chain Reaction, Forgotten, Notes From the Blender, The Unbecoming of Mara Dyer, Ripple, Hourglass, A Need So Beautiful, Chime, The Day Before, Forever, Moonglass, Beauty Queens, Boyfriends With Girlfriends, Forbidden, Wither, Divergent, Invincible Summer, Trapped, Where She Went, We’ll Always Have Summer, Cryer’s Cross, Across the Universe, Desires of the Dead, Lola and the Boy Next Door, Imaginary Girls, and The Liar Society

Class Clown – I could have gone with any of the lovelies from Beauty Queens, or Declan from Notes from the Blender, but I’m choosing a more nuanced clown: Josh, from Jay Asher and Carolyn Macker’s The Future of Us. While he wasn’t particularly outgoing or boisterous, that kid had me laughing out loud on several occasions. Loved his subtle sarcasm and witty inner monologue!

Most Likely to Become a Rock Star – Sam Roth from Maggie Stiefvater’s Forever. He’s knows what an uncertain future feels like, so I think he’d do everything in his power to reach his musical goals. Plus, Grace thinks he’s really talented.

Mostly Likely to Start a Riot – Luis Fuentes from Simone Elkeles’s Chain Reaction. He’s not afraid of anything, and he’ll do whatever it takes to prove a point, dangerous or not. In fact, Luis’s reckless behavior had my heart going double-time for the last quarter of this book! 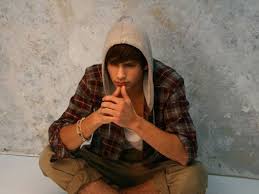 Biggest Flirt – Brooklyn, from Kimberly Derting’s The Pledge. She’s all about strutting her stuff for the guys, but there’s definitely more to Brook than meets the eye–which is why I loved her so much! 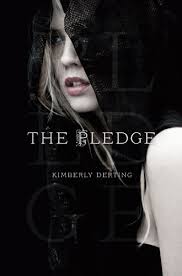 Fashion King and/or Queen – Cricket Bell and Lola Nolan from Lola and the Boy Next Door by Stephanie Perkins. For him: narrow, pinstriped pants and an arm full of rubber bands. For her: themed outfits, colorful wigs, amazing make-up–everyday a different persona. They’re a match made in fashion heaven. ♥

Girl You’d Most Want For Your BFF – This one was hard… I almost went with Karou from Daughter of Smoke and Bone. She’s awesome, but she’s not exactly present all the time, so I’m going with Briony Larkin from Franny Billingsley’s Chime. I love her for all the reasons I love Karou (brave, clever, and loyal), plus, Briony is someone who can be counted on to drop by with a pint of ice cream (or a bottle of wine?) after a rough day. 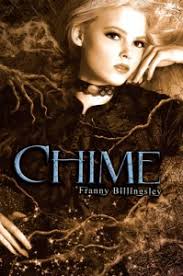 Boy You Wish You’d Dated in High School – Adam Wilde from Gayle Forman’s Where She Went. He’s devoted and brooding and musical and he loves deeply, with everything in him. And that scene from If I Stay where he cries… Good grief! Gets me every time!

Most Likely to Become President – Four from Veronica Roth’s Divergent. He’s able to overcome the few things that scare him, he leads without evoking fear in others, and he makes decisions based on what’s best, not necessarily what’s popular. I’d vote for him! 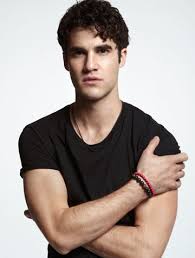 Quirkiest Character – Harley from Across the Universe by Beth Revis. I could never quite put my finger on what it was about Harley that I appreciated, but I suppose that was part of his charm. He was eccentric and unpredictable and artistic and never played by the rules. Love that! 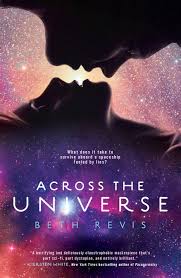 Villain You Love to Hate – Facebook, from The Future of Us :). One of the most inimitable antagonists I’ve encountered.

Favorite Parental Figure – This might be an unconventional choice, but I pick Brimstone from Laini Taylor’s Daughter of Smoke and Bone.  Strange and distant as he is, there’s an obvious and fierce love between Brimstone and Karou that feels boundless.

Coolest Nerd – Cricket Bell from Lola and the Boy Next Door by Stephanie Perkins. Yes, friends, Cricket is a nerd. But it’s that bumbling awkwardness and observable intelligence that makes him so adorably charming. What girl wouldn’t find a guy like Cricket irresistible?

There ya have it! My Popularity Contest selections! Thoughts?

And if you’re participating in the Class of 2011: YA Superlative Blogfest, please click on the image below to drop your link: