Bath & Body Works yummy “gourmand” inspired candles — Pumpkin Coconut and Buttercream Icing are next on my to-buy list. Also loving The Smithsonian’s National Zoo, which we visited last weekend. It’s free, and it’s full of  beautiful, unique animals, like pandas. So cute! Additionally, Dunkin’ Donuts Old Fashioned Donut ground coffee — my favorite. Finally, homemade lentil soup. My recipe’s in my head, but it’s similar to the one I linked. I add crumbled Italian sausage, though, because my husband believes all meals should involve meat. 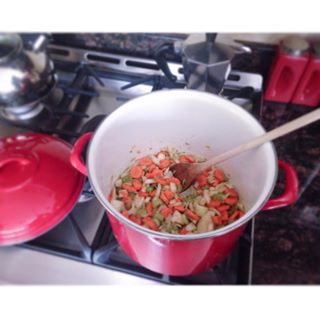 I recently finished Love Fortunes and Other Disasters by Kimberly Karalius, which was just as cute as its cover. In the spirit of Halloween, I’m currently reading a YA horror, Daughters Unto Devils by debut author Amy Lukavics, which is atmospheric and creepy and spectacular so far. 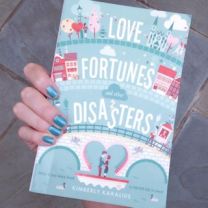 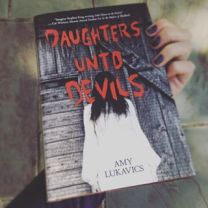 I finished Gilmore Girls! Spoilers ahead… I’m so relieved by how things wrapped up between Luke and Lorelai — they are so obviously meant to be! Even though they were left sort of open ended (as in, they didn’t marry or move in together or start a family), as far as I’m concerned, they’ve gotten their happily ever after. I’m not so content with how things ended between Rory and Logan, though, especially considering they were together for three years. Logan definitely had his faults, but he totally grew on me and was my favorite of Rory’s boys. Even though I understand why she didn’t accept his proposal, the whole “Goodbye, Rory,” followed by Logan just walking away felt… abrupt.

Now I’m watching Parks and Recreation, and it’s totally cracking me up. I’ve got such a crush on Chris Pratt!

Little Big Town’s Girl Crush. I’ve been obsessing over it since the beginning of the summer and I’m still amazed by the awesomeness of its lyrics.

Our weekend trip to the pumpkin patch. We visited Cox Farms, an enormous farm in Northern Virginia, and had a blast even though it was freezing. (Okay, it was, like, fifty degrees, but my fingertips were numb and the wind chill was practically glacial.) We walked a corn maze, went on a hayride, ate apple cider donuts, petted baby cows, flew down slides, and picked out some very cute pumpkins. Highly recommend if you live in the area. 🎃🍂 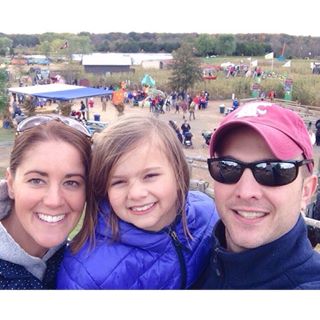 Halloween! Aside from carving our pumpkins, we’re ready. My daughter changed her mind about dressing up as a black cat; now she’s going as a movie star. We picked out a fancy dress and a feather boa and some super star sunglasses — all adorable. She’s so excited to trick-or-treat!

For warmer weather. *womp womp* I know I sound like a broken record, but I just don’t get fall. It’s so cold and windy, and my yard is a mess of leaves, and — call me crazy — but I think Pumpkin Spice Lattes are gross. Give me iced tea and afternoons by the pool any day!

The flattering, humbling, and entirely inspiring comments I’ve been getting about my manuscript Kissing Max Holden over at Swoon Reads. I’m awed (but not at all surprised) by how supportive you all have been. Seriously. THANK YOU. If you missed my original post about Kissing Max Holden, you can find it HERE. You can find the story in its entirety (and read for free!) HERE. 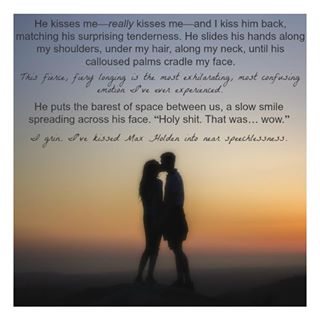