There’s a lot about living in Northern Virginia that bugs me — the crowds, the terrible drivers, and the allergens, for starters — but one thing I’ll never complain about is the abundance of restaurant options. Coming from a small Florida town where the dining-out choices were Panera Bread, Firehouse Subs, and a mediocre sports bar, the possibilities in D.C. are mind-boggling. We’ve had amazing Latin American, Lebanese, Thai, and Iranian food, and most recently, we had “fast” food from Burger Tap & Shake, which was incredible. I had a falafel sandwich, sweet potato fries, and a cookies-n-cream shake — yum! If you’re ever in Foggy Bottom or Tenleytown, grab yourself some lunch. 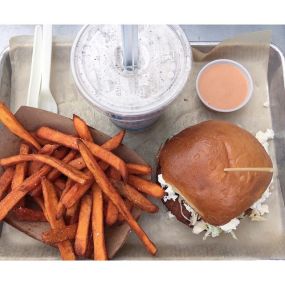 I recently finished Katie Van Ark’s The Boy Next Door, a YA romance set in the world of competitive pairs figure skating. It’s utterly unputdownable, and the character arcs are steep, which I loved. I also read Shannon Parker’s The Girl Who Fell, a contemporary YA about a girl who gets wrapped up in a manipulative, eventually abusive relationship. It’s really well done, and really frightening. Up next? Marie Rutkoski’s The Winner’s Kiss, which is out TODAY and is hands down my most anticipated read of the year. Excuse me while I disappear with my new book! 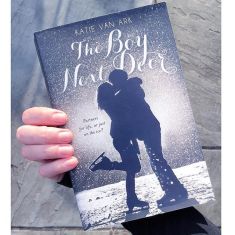 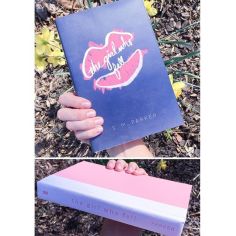 Twinsters, which is the most heart-warming documentary I’ve ever seen. It’s the story of Korean twin girls who were split up as infants and adopted by two different families. They grew up on different continents, not knowing about each other until they serendipitously connect via YouTube. So good! Also, I saw Zootopia with my husband and daughter, and we all rate it 5 stars. It’s clever and deep and timely and funny. And, finally, the other night my husband and I watched As Above, So Below, a freaking scary movie set in the Catacombs of Paris. I’m kind of over the “found footage” thing, but I’m willing to forgive it in this case because the story was creative and wildly intense, and the atmosphere was dark and exceptionally terrifying.

Ruby Red by Kerstin Gier — for some reason, I’d pegged this YA a super serious fantasy, but it’s actually a humorous and entertaining time travel novel full of voice and adventure. To me, it reads on the younger side of YA, but it’s fast-paced and all kinds of fun. The audiobook narrator is excellent, too.

Plotting. Why is it so hard?! I’m in the process of drafting my sixth(-ish) manuscript, and I’m no better at planning a book than I was way back when I wrote that first (awful) story. And so, I’m reading Libbie Hawker’s Take Off Your Pants, a clear and concise book about plotting with the goal of increasing drafting speed and commercial appeal. I’m learning a lot, and having a lot of duh moments. Highly recommend reading it if you’re someone who’s struggling to become a more successful plotter, like me.

Camp NaNoWriMo! I’ve got a 20K word goal for April, and I’m part of an excellent cabin of writers. I’m such a bad drafter, guys, and I love the idea of community when it comes to slogging through the muddled middle of a new manuscript, which is exactly what I’m in the midst of doing. Can’t wait to get busy in the new month!

That you’ll check out the following Goodreads lists: YA Novels of 2017, YA Debuts 2017, 2017 Debut YA/MG Novels, and Books Published by Swoon Reads. Kissing Max Holden has found its way onto all of them, which is so exciting! Maybe you’d like to vote for my debut, or add it as “To Read”. 😘

Springtime in Virginia. We’ve been having such beautiful weather. 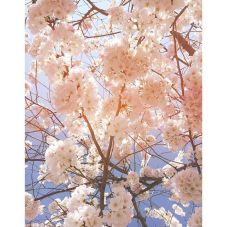 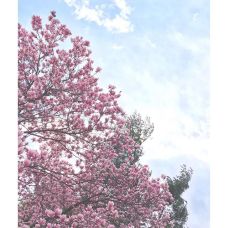