Last weekend we went kayaking at the coolest place — Mallows Bay on the Maryland side of the Potomac River, where tons of “ghost ships” have been sunk, creating a mini ecosystem for plants and birds and fish. Those trees in the photo below? They’re growing out of a war ship that’s just barely hidden under river water.

The photo below is not mine (I found it HERE), but it shows the outlines of many of the ships. Our kayaks floated right over them, and a lot of the time we were navigating huge, rusty nails that stuck up out of the water. The ship at the top of the photo sits mostly above water, and there are enormous hawks’ nests on its deck. Big recommend if you’re a DC local looking for an off-the-beaten-path outdoor activity.

I recently finished Chelsea Sedoti’s The Hundred Lies of Lizzie Lovett (great title, great cover!) and and I thought it was fantastic. A perfect example of awesome YA voice, and it’s full of heart. It’s out January, 2017 and you should most definitely put it on your TBR list. Now I’m reading and loving Christina June’s It Started With Goodbye, out May, 2017. Pretty sure her MC, Tatum, could be BFFs with Kissing Max Holden‘s Jilly. So far, June’s all about Swanky books! 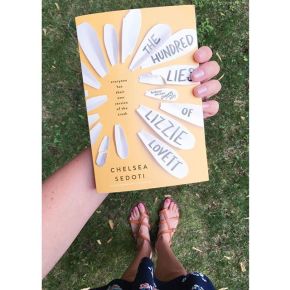 Roots, and whoa. I never read the book or saw the original series, so the story’s all new to me and it is so visceral and so sad and so powerful. Must watch.

Me Before You by JoJo Moyes. I own a hard copy of this book but when I saw that it was available on audio from my library, I knew I wanted to listen rather than read. Guys, I really enjoyed this story. It’s heartbreaking and intense, but there’s humor, too, and I happen to think its message is inspiring. I’ve seen a lot of backlash about the #LiveBoldly tagline; it seems some people assume it means that those with physical challenges can’t live boldly, but Me Before You is Lou’s story, and she learns to live boldly through Will, even while he’s made an incredibly polarizing decision (one he’s entitled to because he’s an adult with autonomy; I’m pro Death with Dignity, for what it’s worth). Anyway, if you’re curious about this one and have yet to give it a read, know that its portrayal of disability isn’t faultless, but the overall story’s got my stamp of approval. 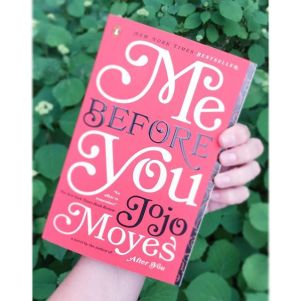 What I’m going to work on next because… round two of Kissing Max Holden edits have been turned in! YAY! What a relief, and the best part is that I’m SO PROUD of how the story’s coming along.

The vacation we’re taking this weekend… We’re meeting friends at a beautiful Virginia lake, where we’ll spend four days swimming and sunning and catching up, and maybe having a cold beer or two.  🍻

You’ll check out the recently revealed Swanky 17 covers! They’re all so gorgeous — my fellow Swanks are winning the cover lottery all over the place! Find the YA covers HERE and the MG covers HERE.

I created an original brownie recipe, which makes me all sorts of excited. They’re rich and decadent and dark-chocolate-y, and they’re inspired by this scene in Kissing Max Holden during which Max eats (and raves about) Jill’s homemade brownies. In fact, they’re called Max’s Favorite Dark Chocolate Chunk Brownies. 🙂  Good news — eventually I’m going to share the recipe with you, then we can all bake them and have a virtual brownie party! 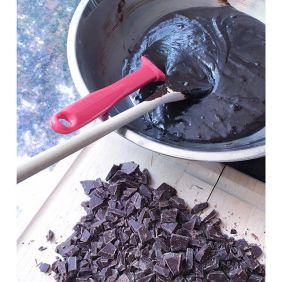