Mount Vernon! We made our third trip the other day (we’re trying to visit during each of the four seasons), and it was beautiful as usual. George Washington’s home is one of our favorite D.C. spots. If you’re ever in the area, definitely give yourself a day to check it out. 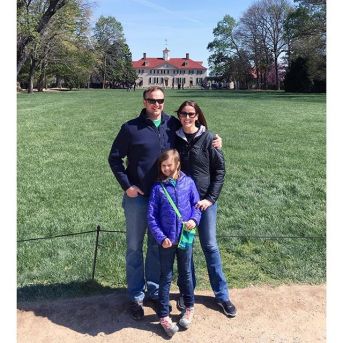 I recently finished Marie Rutkoski’s The Winner’s Kiss, my most anticipated release of the year, and it was just… perfection. It made me feel a million feelings and the end was just so satisfying. Plus, it’s a NYT Bestseller! Check out my more detailed review in March’s Reading Wrap-Up. Now I’m reading Emery Lord’s latest release, When We Collided, and it’s lovely so far. 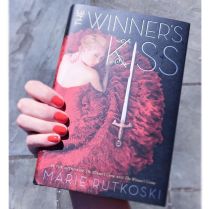 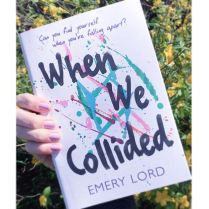 Nothing much, honestly. The older I get, the less patience I have for TV and I just haven’t had time for movies lately. That said, despite my ranting at the end of the last season of Game of Thrones (*sob*), I am looking forward to April 24th and the first episode of Season 6.

I just finished All American Boys by Jason Reynolds and Brendan Kiely, and it was fantastic. Powerful and important and, unfortunately, timely. I’m so impressed with how layered the characters are, and how complex Rashad and Quinn’s relationships with family and friends turn out to be. Plus, the audiobook narrators are exceptional. Big recommend. 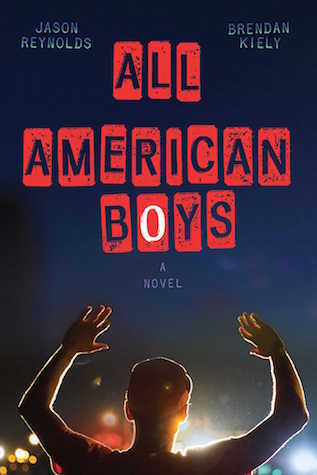 My WiP. It’s coming along, word-count-wise, but oof… it’s a mess. I keep reminding myself that I can’t fix words that aren’t written, but I’ve never dealt with a first draft this shitty. Hopefully by the time I’m done drafting I’ll have figured out what this story’s actually about. I did come across this line, though, written months and months ago — She smells like fields of lavender. She tastes like strawberries. She kisses like a freaking champ. — and I kind of like it. I’m hoping that, eventually, I’ll kind of like the rest of the book.

So, so excited about the Gilmore Girls revival — especially now that Entertainment Weekly has released photos from the set. Can’t wait to be reunited with Lorelai, Rory, Luke, Sookie, and the rest of the gang! 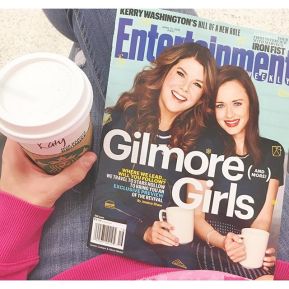 That you’ll check out the following Goodreads lists: YA Novels of 2017, YA Debuts 2017, 2017 Debut YA/MG Novels, and Books Published by Swoon Reads. Kissing Max Holden has found its way onto all of them, which is so exciting! Maybe you’d like to vote for my debut, or add it as “To Read”.

Longtime friends who flew across the country to visit, and were willing to participate in a 10 mile trek through D.C., during which dozens of tourist attractions were viewed. We’re having an awesome time with Kari and Patrick! 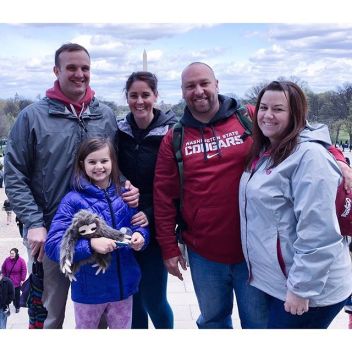